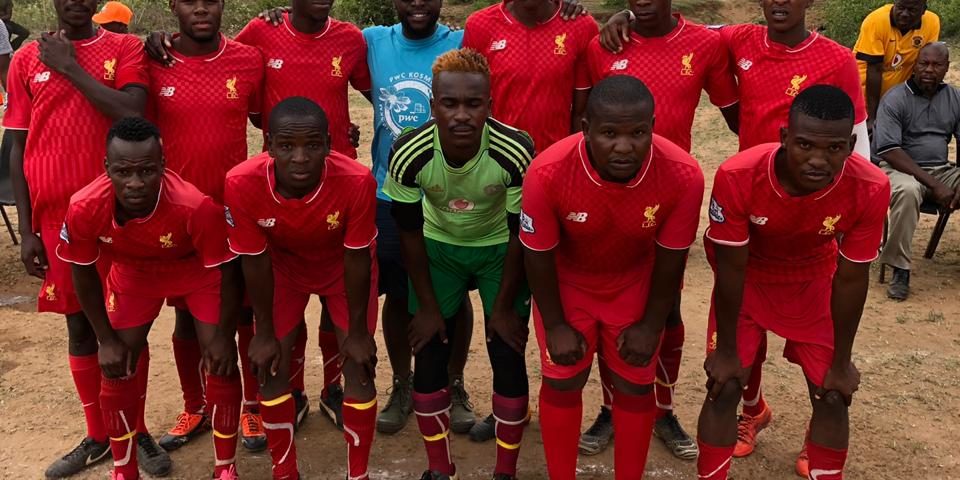 The annual development initiative was a resounding successful and it received thumbs up from the thousands of enthusiastic supporters that gathered at the dusty rural River Side Grounds in the five day period. Despite it being a new formation, it is growing at a rapid speed and it is putting other initiatives that have been standing for donkey years to shame.

This breakthrough programme is growing in leaps and bounds and it did not come as a surprise to see senior government officials, esteemed guests and ordinary residents from more than twenty villages across the Mopani region, smiling from ear to ear.

They left the event singing its praises and the majority of them are hoping that this unique initiative will become a big part of the sporting calendar in Mopani.

But while the previous edition was given the five star ratings for the manner in which it attracted the magnitude of people, it was not without its shortcomings though. Like many other development initiatives around the region, ours also has a room for an improvement.

The much anticipated competition kicked off on 26 December and culminated on the 30th of December where Jamela United from neighbouring village Jamela, were crowned the champions of the second annual tournament lifting a trophy and a purse of R20 000. Jamela defeated Satlaleng in front of an electrifying crowd in a dreaded penalty shoot-out after their cup final match ended 1-1 after regulation time. But they could only be one winner and a penalty which is a sad way to pick a winner in a football match had to decide on this year’s champions.

During the tournament prominent faces such as former Orlando Pirates star Tonic Chabalala, former Moroka Swallows hard as teak defender and now University of Pretoria football manager and a proud member of the South African Football Players Union Tebogo Munyai and the tournament’s brand ambassador Benny Mayengani, were there to take selfies and interact with the score of fans, who braved the heat wave in support of their various communities. Unlike the 2017 inaugural edition, there was a huge improvement in the second edition as the overall prize money was significantly increased and individual prizes were added on the presentation table.

Water and medical care was provided to all the 16 participating teams something that is unheard off in these parts of Mopani District Municipality.

All the participating teams were furnished with benches for their respective reserves and technical teams to seat and be able to watch the match, another huge upgrade from the previous years, and a gesture that has not been seen in the neighbouring villages’ tournament of this nature.

The best players performing were rewarded with the original replica jerseys of Premier Soccer League team Bidvest Wits, who are on top of the log in domestic football for, being the man-of-the-match.  Not to sound like we are blowing our own trumpet; but it’s also another feat that is rarely seen in disadvantaged backgrounds such as ours.

A stage was provided for trophy and medal presentation another significant improvement from dishing out awards at the back of a bakkie like it was done back in 2017. A musical sound system was also there to provide on-lookers with entertainment and top of the range commentary from the talented boys, who ruled the mic. For an initiative that is still growing a lot seems to have improved and it is definitely on the right track. With a bit of encouragement it will keep on breaking barriers and it will soon be the most sought after festive season soccer tournament in the Mopani District Municipality.

But was it not without hiccups as they were a number of challenges that needed quick and decisive action from the organisers.

For instance we didn’t have nets for goal posts and we had to pay a significant amount of money to cover that part of the game. It’s an amount that could be better utilised on other important areas instead of hiring things that we could   purchase and own them on a permanent basis.

There was a challenge of getting water to the playing fields as they were not enough buckets to fetch water. There were days when transport was also not available to help carry thirty chairs and water, a challenge that posed a big headache to the organisers and they had to act swiftly to make sure that they always come up with a solution. We couldn’t afford a tent that would have been useful to accommodate the match commissioner and match officials in the scotching heat. We only had one bag of medical kit and tackles were flying in the air.

These are merely some of the contentious challenges that we encountered and if they are taken care off, we can stage an amazing tournament in 2019.

It would be wrong to go on and on about the state of football in Mopani without the need to mention that this initiative goes beyond the field of play. It is not just 90 minutes that it catered for. Five families were given food parcels to help them enjoy a memorable Christmas and with more funding the number can be increased to help feed impoverished families. A handful of volunteers that were helping out on a daily basis, were identified to help them to study further upon completing their matric.